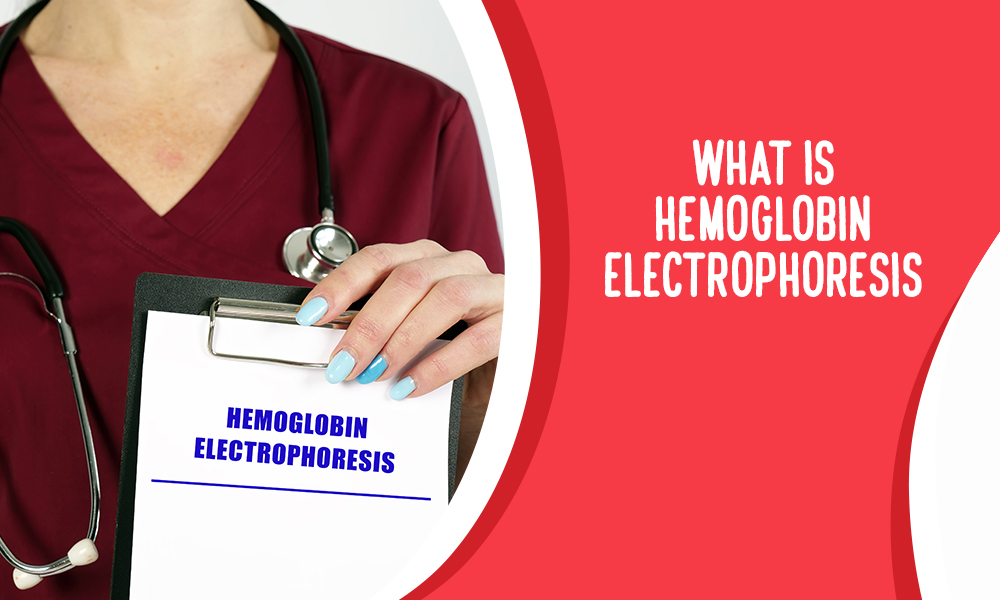 Haemoglobin electrophoresis is a common blood test for diagnosing and differentiating haemoglobin disorders called haemoglobinopathies. Haemoglobin is a complex protein in red blood cells. Their function is to carry and deliver oxygen to all body parts.

Haemoglobin carries oxygen from the lungs, transports it through the bloodstream and releases the oxygen at the right time for use in body tissues. Several inherited haemoglobinopathies can affect the haemoglobin’s ability to function properly.

What is the aim of the test?

The haemoglobin electrophoresis test can detect genetic abnormalities in the structure of the haemoglobin. This test is usually carried out when someone shows symptoms or signs of haemolytic anaemia, has an abnormal complete blood count (CBC), has a family history of haemoglobinopathy or when a neonatal screening is positive.

Ethnicities with this issue include people of Middle Eastern descent, West Indians, Africans, Southeast Asians and Mediterranean. Male partners of women with haemoglobinopathies also need screening if the couple wants to have a child.

If the test gives an abnormal result, sophisticated testing may be necessary for a more precise characterisation of haemoglobinopathies.

Haemoglobin electrophoreses involve placing a small blood sample on a special gel or paper and exposing it to electric current. The different globins have different electrical charges, and the differentiation is possible based on the globins’ behaviour under exposure to an electric current.

Varying globins will move across the gel or paper at different speeds and separate into characteristic bands. Examining the bands formed during the current application, the lab scientist can differentiate the types of haemoglobin.

The haemoglobin in your blood doesn’t depend on what you recently ate or drank or the time of the day, so no special restrictions or instructions apply before the test. You have your blood sample drawn in any facility that carries out standard blood drawing. Usually, hospitals, labs, and a healthcare provider’s office offer haemoglobin electrophoresis.

You should wear comfortable clothing with loose-fitting sleeves while going for the blood draw to allow you to pull up the cloth to expose your arm.

This test requires a standard blood draw. The technician will place a tourniquet on your arm and check for a suitable vein. They will clean your skin with an alcohol wipe and insert a needle in your vein to draw the blood. After drawing the blood, they will place a gauze patch or small bandage on the blood draw site, and you can go home.

Complications after a blood draw rarely occur but look out for bruising, bleeding, infection or inflammation. If bleeding continues, apply more pressure on the puncture site for 5 – 10 minutes but contact your healthcare provider if the bleeding persists. Call your doctor if you experience other symptoms like excessive pain, swelling, tenderness, or redness.

Your result should be available within a few days to one week. If the test is normal, the clinic may not contact you again, but you may get a detailed result or request for one even if the result is normal.

The normal value of haemoglobin molecules for adults is in percentage. They include:

Haemoglobin F in babies up to six months: 8%

If any of the haemoglobin is abnormal, further evaluation is necessary. Your doctor will need to consider several other factors when interpreting the significance of abnormal haemoglobin, including the result of the CBC test, particular the haematocrit, mean corpuscular volume and haematocrit, the result of serum iron studies, the appearance of the red blood cells under a microscope.

The healthcare professional may also use more sophisticated techniques to quantify and characterise the abnormal haemoglobin in your blood, such as capillary zone electrophoresis, targeted genetic testing, high-pressure liquid chromatography, and isoelectric focusing.

The haemoglobin molecule is a complex structure with four protein subunits, known as globin. Each globin is bound to a non-protein, iron structure (a heme group). The globin units have two beta and alpha-like chains.

Each of the four globin units carries a heme group that has an iron ion and porphyrin ring. The heme group will bind to oxygen and carry it around the body, releasing the oxygen to peripheral tissue when needed. Each haemoglobin can bind to four oxygen molecules.

As blood gets to the lungs, the oxygen molecules diffuse into the red blood cells and bind to the haemoglobin molecules. Tissues then take up the haemoglobin bound to oxygen. With the exposure of haemoglobin to an increasingly acidic environment in the peripheral tissues due to carbon dioxide waste produces by metabolism in the cells, the haemoglobin loses affinity for oxygen, releasing the molecules to the tissues.

The deoxygenated haemoglobin in the peripheral tissues binds to excess carbon dioxide and carries the CO2 to the lungs. The CO2 usually gets to the lungs after dissolving in the blood.

Several types of haemoglobin are available and characterised by the globin they contain. The normal haemoglobin in adults consists of two beta and two alpha globins. Other haemoglobin types have similar globins called beta-like and alpha-like globins.

Three different haemoglobins are often in the red blood cells in different stages of human development, and they are optimised for their environment.

In early gestation, when the human embryo gets oxygen from the yolk sack, embryonic haemoglobins are present. Their unique globin structure allows adequate oxygen exchange in the low-oxygen environment in early foetal life.

With the development of foetal circulation and oxygen supply from the placenta, which gives higher oxygen concentrations than the yolk sac, but lower than the lungs, another haemoglobin called foetal haemoglobin develops. This haemoglobin remains during the remaining gestation period and is gradually replaced by adult haemoglobin in the first few months after birth.

The adult haemoglobin remains until six months after birth. It is optimised for oxygen exchange between a high amount of oxygen in the lungs and lower oxygen concentration in the peripheral tissues.

There are over a thousand haemoglobinopathies. Most have minor significance and do not cause clinical issues. These abnormalities were accidentally discovered in normal people during haemoglobin electrophoresis screening

Generally, haemoglobinopathies are in two categories.

The structural haemoglobinopathies are:

Haemoglobin S (sickle cell) – results from a mutation in the beta chain of globin molecules. In the homozygous form of sickle cell, occlusion of blood vessels during stress (sickle cells crises) occurs, which causes swelling, infections, pain and even stroke. The heterozygous form leaves a sickle cell train and doesn’t result in clinical issues.

Haemoglobin C, D, and E – these result from mutations in the beta-globin chain. Its homozygous form results in spleen enlargement and haemolytic anaemia but the heterozygous forms do not produce any significant disease.

These conditions are genetically complex due to several genetic mutations. The severity of the condition depends on the affected globin chain and how many are affected, and which genes cause the issue.

Haemoglobin SC disease: in this condition, the haemoglobin S comes from a parent and C from the other parent. People with haemoglobin SC usually have milder symptoms of sickle cell disease, but its manifestation varies widely.

Sickle/beta-thalassemia: the haemoglobin S comes from one parent and the beta-thalassemia from the other parent. These people may have typical symptoms of anaemia and sickle cell disease.

After characterising haemoglobinopathy, your healthcare provider will have a detailed discussion with you concerning two issues: genetic counselling and required treatment.

If the haemoglobinopathy is a heterozygous form, between 45 – 65% of your haemoglobin will likely be normal adult haemoglobin, and if symptoms are present, they will be mild. Many people with haemoglobin traits do not need specific treatment.

Most people with sickle cell disease are diagnosed during infancy using a routine haemoglobin screening test. The treatment for babies are antibiotics, prophylaxis, full vaccination, aggressive management of crises and vitamin supplementation.

Thalassemias are a group of disorders with varying effects, depending on the gene mutation responsible for the condition. The most common issue is anaemia, but thalassemia can result in an iron overload, skeletal abnormalities, growth impairment and other disorders. Those with severe thalassemia may need splenectomy and frequent blood transfusions.

Other uncommon haemoglobinopathies can cause unstable haemoglobins, where the haemoglobin structure changes to reduce the lifespan of red blood cells. Symptoms may include enlarged spleens, frequent infections, and anaemia.

The common treatment for preventing complications includes avoiding oxidant medications such as NSAIDs and antibiotics, splenectomy and blood transfusions. A bone marrow transplant may also be necessary for people with severe and life-threatening haemoglobinopathies.

If your risk of having a baby with serious haemoglobinopathy is high, a foetal evaluation will be necessary during pregnancy.

You can visit Private Blood Tests London today for your HB blood test London or call 020 7183 0244 to schedule an appointment for your test. 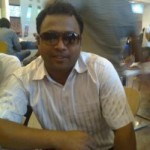 Sanjiv Barnwal is responsible for improving companies organic search result on Google, Bing, Yahoo and many other big search engines. Sanjiv creates and launches SEO, PPC, and Facebook campaigns. Sanjiv also identifies areas of improvement and optimises website content to improve the DubSEO website ranking on the major search engines. He is a writer who loves to write articles and blogs on different topics. Some of his great work includes – how to write SEO blogs, how to do Instagram marketing in London, why online marketing is gaining immense popularity and much more. 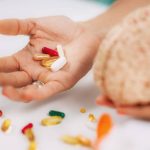 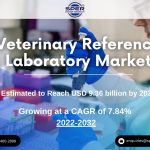